About Us
Impact of the Hip Hop Hackathon

What is the impact you going to make?

We are looking to measure three things from Hip Hop Hackathon participants. 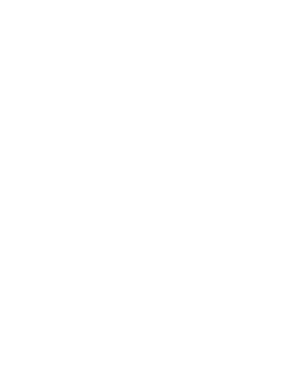 ﻿its trainees get jobs at the above companies.

As a Google partner, Data 360 can also guide all participants for certification with Google in IT Support, Project Management, UX Design, and Data Analytics. These certificates are flexible training designed to put you on the fast track to jobs in high growth fields.

The program includes connections to get your foot in the door with over 150 top employers through the Google Employer Consortium including Cognizant, T-Mobile, NTT Data, Qualtrics, Wal-Mart, Spectrum, Accenture, Best Buy, Target, Smuckers, Wyndham Hotels and Resorts, Bvlugari, Snap, Nasdaq, Verizon, SAP, Coursera, Bayer, Wayfair, Infosys, Google and many, many others.

About Us
Who is behind Hip Hop Hackathon?
Learn more about the Board of Advisors, Team Members and Founders of the
movement and their companies and partners.
Board of Advisers

The following are on the Board of Advisors for Hip Hop Hackathon:

Marie is a prolific leader, advisor, coach and mentor who works and advocates locally, regionally and nationally for digital and technology literacy, closing the economic gap using technology and ethical, equitable and explainable AI. See more of her work on Data 360's sample talks and workshops page and her long bio. Marie has been involved in dozens of communities in social media as a micro-influencer and with Data 360, her content and partners have captured 25,000 fans and reach up to 4 million users per month on social media.

Lawrence Morrow has spent the last 20 years of his career in insurance, sales and counseling. He and his family have spent over 20 years in the aerospace and insurance industry. His family currently works for a subsidiary of PIMCO based in Newport Beach, California. Lawrence specializes in a unique combination of his background as a trained counselor and history in sales to identify unique opportunities in markets for consumers and government programs.

Chris Walker is a Marvel/DC veteran and creativepreneur who founded Urbanime to make comics more inclusive for Black and Brown audiences. After years of collaborating with Fortune 500 brands as a Brand Strategist, and formative creative years as an artist for Marvel and DC, he decided to create his own platform to fill a void in the comics world often felt by Black and Brown folx who are as big of fans of comics as they are of culture. Merging his passion for the medium of comics with his love of urban culture, Chris has developed an empowering lifestyle brand that sits at the intersection of art, culture, and storytelling.

See Chris and Urbanime's feature on Sway's Universe in July 2021.

Data 360 is a women-led community interest company with an ambitious mission to create software that transforms the way companies, governments and communities use data.

Our mission is to build software that enables individuals, groups and organizations to harness their own data, to tell their own stories, and to take control of their future in powerful decentralized platforms.

Data 360 helps non-technical business users learn to use advanced technologies to build their ideal communities using our low-code and no-code system and services which saves up to 90% of operational expenses. We are a low-cost development alternative to social media groups, online paid advertising, traditional SaaS tech stacks and traditional websites.

Bad data costs U.S. businesses nearly 3 trillion in losses per year. And, nearly 90 million workers and 73% of businesses are technically illiterate. These problems urgently need to be fixed now. The solutions for these problems can be found with Data 360's solutions and offerings using big data and AI/ML.

If you'd like to request an invite to the Data 360 network, then email support@data360.solutions.

Urbanime publications make culture the hero whether they are unique editorials using comic art to tell a story of the culture or fantastic, urban-themed genre fiction that place Black and Brown characters at the center of adventure.

Urbanime has also been featured on:

Sway in the Morning

Exclusive interviews from Sway Calloway and the Sway In The Morning/ SwaysUniverse.com team feature some of today's biggest celebrities, like Kevin Hart, Kanye West, Eminem, Usher, Jessica Alba, Steve Aoki, Torey Lanez, Julia Stiles and so much more to more than 2.4 million subscribers on YouTube.

Our Music. Our Story Join Urbanime As They Celebrate Black Music Month At The Apollo In Harlem

Hip Hop Hackathon is a community of creators, makers, and changemakers who have the power to craft the future of technology and culture by leveraging their unique talents to build solutions that address real-world problems. We know that our movement is not limited to the three pillars of rap, dance, and technology. We are artists and creators from all walks of life who have the potential to combine their expertise across a variety of disciplines to empower the culture.
Register for the Hip Hop Hackathon
Register and get the latest weekly and monthly
updates and hottest news.
And no spam, of course.
By clicking the button, you agree to the Terms of Service and all related policies from Data 360.